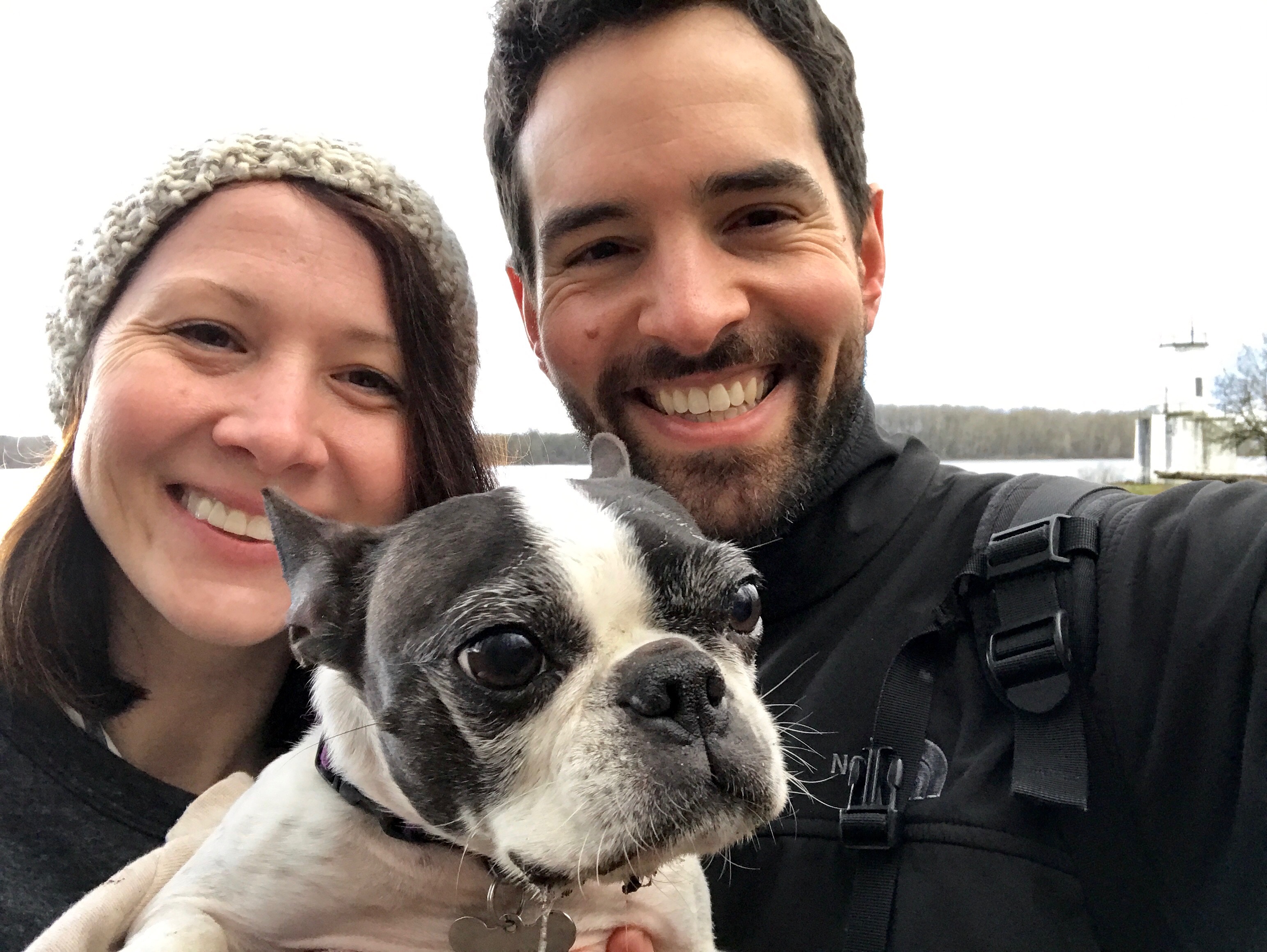 We've got a year-round feature here at VFX Legion, telling the stories of the artists and producers pouring their souls into beautiful work (and asking them why they do it). Next up is the outstanding Nick Loy. So let's go!

Who is Nick Loy?

Nick Loy is so much more than words! But OK. I grew up in a small town in Oregon called Albany. I was born in 1979, so I guess that makes me a Xennial (finally our own generation!). I was always into technology and figuring out how things work. My grandpa subscribed to Popular Mechanics and Popular Science and I remember going to his house every week to look through all the articles to find out what new and cool tech was happening right now and what the future might hold.

Driven by my interest in technology, I majored in Computer Science with a minor in Multimedia at Oregon State University. A college friend of mine went to LA in the early 2000s and interned at Digital Domain where he worked on the Matrix sequels. His exciting experience convinced me to take the leap and move to LA – no small feat for an Oregonian at heart!

I went down there without a job and started reaching out to visual effects studios, eventually landed a job at Sony Imageworks as a Sr. Production Services Technician. Half a year later I was promoted to an ATD (Associate Technical Director) where I cut my teeth as a lighter/compositor on The Chronicles of Narnia: The Lion, the Witch, and the Wardrobe and Spider-man 3. During my ten years at Sony I continued to find more opportunities as a lighting lead, and eventually team look development lead. What did you do after you left Sony?

I left Sony two and a half years ago. I did a lot of soul searching - I didn’t want to work in a big company, grinding away most of my life on movies I didn’t care to watch. It didn’t feel right, I needed to do something that I was proud of, that allowed me to grow in ways I couldn’t within the ranks at Sony and also valued the elusive work/life balance.

So, I decided to take a hiatus for 6 months and explored other industries, looking for something outside of visual effects that was still creative, but didn’t lead to burnout. I was interested in VR/AR, and also UX design. I want to create experiences for people, which was why I got into visual effects in the first place, using technology to create cool experiences for people to enjoy.

So, what happened then?

I moved back up to Portland. A colleague of mine had a lot of success as a freelance VFX Supervisor. He had more work than he could handle, so I joined him. I set up a workstation and render farm so I could render everything remotely, using Redshift and VRay too. Working freelance provided the work/life balance I was looking for while also allowing me time to pursue my own passion projects and business ideas.

What were your standout projects?

The Amazing Spider-Man. From an artist’s perspective, it was one of the smoothest running productions. We also had a solid group of artists - everyone felt like family. I was fortunate to be apart of a small team that did the test shots that eventually won the bulk of the VFX work. It was exciting because we were working closely with the director. I also had a lot of creative input with it being such a small team. What drew you to Legion?

Dan Short and Andrew Turner. I had the opportunity to work with Andrew (by the way, a great guy Legion is lucky to have) on several projects back at Sony; a couple of Spider Man films, Oz the Great and Powerful, and others, but it had been a couple years since we last connected.  I discovered Legion through Dan Short – who’s hilarious – up here in Portland. He put me in touch with James, and I had an interview, and Andrew was sitting there in the background! So I was like “hey, Andrew, what’s up!”. So it was great, and we reconnected. Dan, and then Andrew – that’s how I got in there.

What have you worked on with Legion so far? Are you liking it?

I’ve helped out on Scandal, and on a couple of other more secret projects so far, these past three months I’ve been working with Legion. It’s been fun. I really enjoy working on traditional film and television VFX. Those kind of projects aren’t as common up here in Portland, so it’s a welcome change. Also, the somewhat consistent amount of work coming in is super helpful for keeping me afloat whenever I have lulls with freelance work here in Portland. And I love working remotely. If you were in a whole nother field, what would you be doing?

Well, I’m exploring directing right now. I’ve got a crew and we’re actually shooting something tomorrow. It’s called the Portland Creature Project. We’re going to shoot a series of vignettes featuring creatures around Portland. It’s my first time directing anything and I’m pretty excited about it. I play guitar, and I think music, something in that realm would have been fun. Before I started working in VFX, I was creating songs almost daily, but work eventually took over and my time for creating music slowly faded away. So, that … or maybe a doctor. I like helping people. I know those paths all sound very different. Visual effects, or musician, or doctor … maybe I’d have been a musical doctor?

I know you’ve only been with Legion for about three months so far. But what are you most proud of in that time? Have you been involved in anything particularly cool?

The Gone airplane looks particularly nice, I think. And also the helicopter in Scandal. That one’s awesome.

In today’s working climate in the visual effects industry, what main challenges do you and your colleagues face?

Well, it’s the standard ones. We don’t really have a union and the tax subsidies are killing us. There’s burnout and a lack of appreciation, it seems. We’re so far down the chain that we don’t have a say in the sometimes terrible decisions people are making at the top. And you have to deal with all this shit, and you just get run over as a VFX artist, you know. What else do you do outside of VFX Legion?

I have a company called Blanket Fort Studio. I do on-set visual effects supervision as well as work on the box. It’s basically just me but I can expand out as needed for projects with a pool of artists to tap when needed. It’s like VFX Legion in a way, though Legion is much more established and global. I choose to focus more locally here in Portland.

Nice! Lots of agencies around those parts. Who do you work with?

I work a lot with Wieden + Kennedy. There’s others around town, too, mid-sized, like Cinco, and some local production studios and VR places. I also work with smaller agencies who could benefit from visual effects elevate their services, but don’t have access to the resources or budget to support a full-time motion design/vfx staff.

So, what’s your setup? Where do you work from?

Mostly a co-working space, my office here. I need to be around people! I share this space with three childrens’ book illustrators and writers, and then there’s an SEO guy that works here and also an art director/graphic designer. An office full of freelance, independent contractors. We’re a small family of sorts.

Who or what inspires you?

Whoa. Who or what inspires me? Oh my gosh. Well, it’s an internal conflict that I deal with often. I want to make sure I’m helping people directly. It’s sometimes difficult to feel that connection when deep in a visual effects project. So I’ve been doing a lot of pro bono work around town. I just helped a friend out with the 48-hour film festival here in Portland – this competition where you have 48 hours to shoot a short film – and we won best visual effects! I’ve also done a music video up here and I helped shoot a short film last weekend. I want to contribute to the local community - it makes me feel good.

I love a lot of the superstructure, macro/micro-type effects work that Man versus Machine does. Visually, I really enjoy their work. And a lot of artists on Instagram, motion design kind of stuff that’s based on physics simulation. I’ve been exploring that kind of work myself. I like to create as much as I can, really. But probably have a bit too much going on at the moment! Well, what do you do when you’re not working?

Being in Portland is … I moved up here for a reason. The weather, the seasons, make me so much happier. To actually feel seasons rather than just flat sun all the time. You get numb to that. It’s like an antidepressant. You know? People say “sun all the time? That sounds amazing!”. I think it’s terrible.

Portland is great at cultivating community. It’s still small enough for that. The people here are down to earth and more connected, I think, to what’s important in life. And I appreciate that, it helps me find balance. In LA I was more caught up in the money and material things. But here I have more of a life. I explore more. I go outdoors a lot. I hike, I go floating, I’ve been going to the river almost every single weekend, down the Clackamas River for like three or four hours, it was so much fun. And the coast, the forests, it’s incredible.

On top of that, I love exercising. I’ve been getting really into boxing this last year. And I just joined a dragon boat team last spring here. We competed in the Portland Rose Festival Dragon Boat races which are tonnes of fun. I try to stay as active as possible. I bike everywhere now that it’s the summertime, since it’s such a bike-friendly city. And I’m just really enjoying my life, instead of slaving away at a computer 24/7. It’s great here. You’ve gotta come. The food here is insane. The people are really chill. There’s a creative energy and intimacy here that encourages people to pursue their dreams, in a way. Anyone can do anything and it’s a supportive environment – and it’s not as expensive as LA. I don’t know how much longer Portland’s gonna be like this. It feels like it’s the last city on the west coast that still has this kind of energy. Maybe in the whole of the US. Don’t tell anyone!

Wow, thanks Nick! And thanks, you, for reading. Check back around this time next month for another artist tête-à-tête, and take a look at this in the meantime.