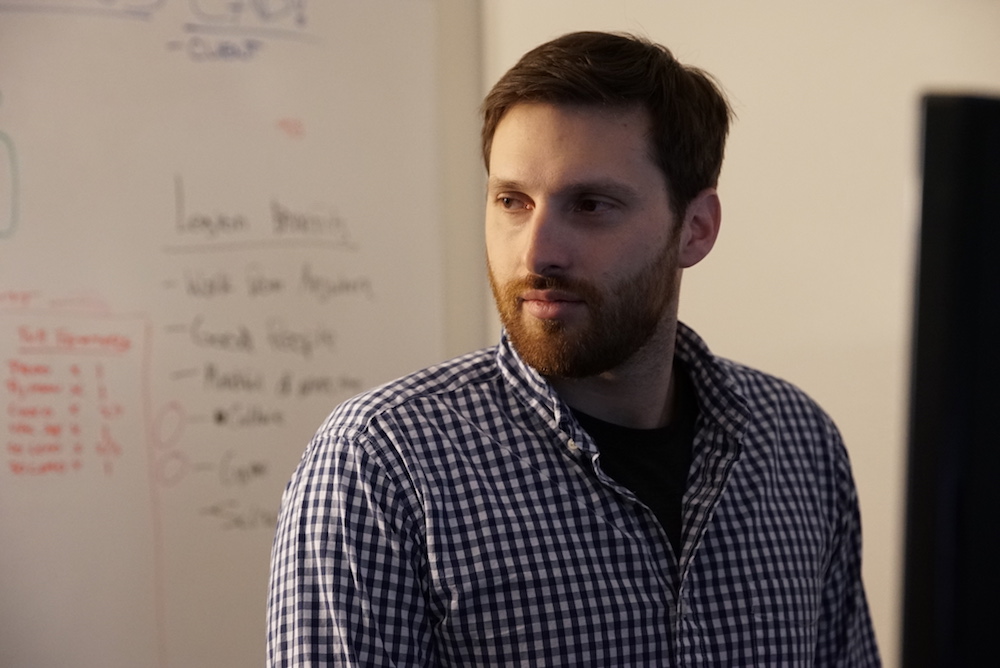 Meet the artists of VFX Legion! This time, we stopped for a chat with VFX supervisor Matthew Lynn, discussing sci-fi, Katy Perry, and food!

How did you get involved in the VFX industry?

I've always loved films that utilize VFX to tell extraordinary stories. As I kid I stared at the big screen in awe of movies like E.T., Close Encounters of the Third Kind, Star Wars and Indiana Jones. I was intrigued by the how and why, the ‘what’s under the hood?’ I would wonder how they created the sequences. When I was at college I joined a small film club called ‘Manufacturing Reality’. In a sense that’s what VFX is all about. Decades later I found myself working on the projects I had dreamed about as a kid. I love the challenge, the tech, and being able to see a shot come together to tell a story.

What other films really inspired your creativity?

I was inspired by so many films growing up. Other films that really grabbed my attention were Star Trek, The Terminator, The Abyss, Blade Runner, Legend, and Back to the Future.

I’ve worked on a variety of projects, including Katy Perry’s E.T. music video, This Is The End, Left Behind and television series such as CSI and Mad Men. While working at VFX Legion I have had the pleasure of working on projects such as Scandal, How to Get Away with Murder, Insidious 3, and The Purge 3.

What drew you towards working with the Legion VFX team?

VFX is a challenging business. The industry tends to lean heavily on the artist. Legion VFX is different though, as it truly is an artist-led company – one that focuses on a better quality of life for artists, while still maintaining feature film quality within the work. This is an idea I support and am excited to be a part of.

Simply put, it’s the people. They’re what makes this company such a great place to work.

I’m based in Los Angeles. I really love the access it has to the best of the best in filmmaking. Also, you have to love the amazing weather!

What are the core skills that you bring to the VFX Legion team?

My experiences and passion within the industry have allowed me to bring strong leadership skills to the team. The broad range of filmmaking disciplines I’ve worked in have also been a real benefit to VFX Legion and the projects we work on.

Which projects have you been most proud to work on at VFX Legion, and why?

Insidious 3 was fun, although challenging to supervise on set. It had a very short shooting schedule and a lot of effects to coordinate with the production team. Stephanie was also a lot of fun to shoot. While it’s still in the post-production stage at the time of writing, the VFX have proven to be a big challenge, but one the Legion team has risen to with skill.

A remote pipeline allows people to work where they live, and live where they want. The need to chase tax credits and relocate every six months is gone. VFX artists are no longer pinned to the craziness of the big cities. Some of the bests artists in our team are enjoying their lives in places like Colorado, New Zealand, Brisbane and Taipei. It’s really important that we can enable that.

What are your hobbies outside of work?

My passions include hiking, cycling, basketball, photography, and, of course, food!