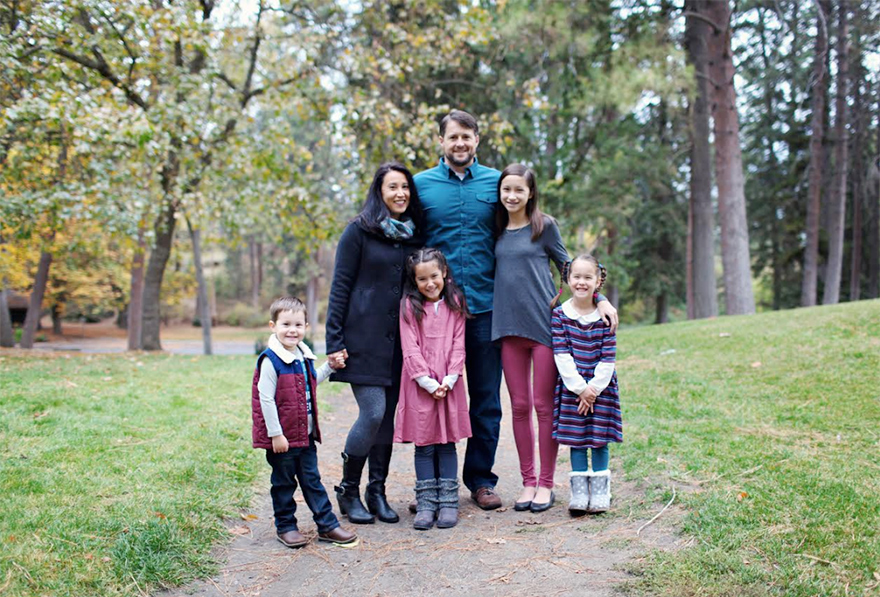 The time has come to share another Artist Spotlight story, this time from Spokane, Washington. From Software Developer to Dungeons and Dragons, VFX pro David Davies talks about his journey to becoming one of VFX Legion's remote artists.

Can you tell us a little bit about yourself? How did you get involved in the VFX industry?

I was born in Bakersfield, California and spent a large part of my childhood in a small town in the Sierra Nevada mountains of central California. I’m a bit of a country boy at heart, but I was always fascinated by technology and computers. I went to college at Biola University in La Mirada, California and I ended up majoring in computer science. I quickly found that I was particularly interested in programming and computer graphics. At the time a career in visual effects wasn’t even on my radar as a possibility, but a few friends from school were working for a small VFX company in Santa Monica called VisionArt.

As I was approaching graduation, I heard that they were looking for people. After interviewing with them I was hired as a software developer. This was at a time when almost all VFX work was done using Silicon Graphics computers and a lot of the necessary tools had to be developed in house. I was able to contribute to particle animation and rendering software, 3d tracking software, motion blur utilities and other tools. I enjoyed (and still enjoy) writing software, but I was drawn towards being more directly involved with the projects that were being worked on. I was asked to put together a flocking system for a Dungeons and Dragons movie. It was my first real experience using the software package Houdini and I ended up working directly on multiple shots for the movie. This was a turning point for me.

When VisionArt closed down shortly thereafter, I set out to find work as an effects animator. I bounced around for a while working stints at places like Digital Domain and Cinesite Hollywood before landing at Sony Pictures Imageworks, where I stayed for almost 12 years.

What films/television shows/animations really got you interested in the industry? What were your creative inspirations?

There are a couple of movies that inspired me as my passion for computer graphics was unfolding. One was Jurassic Park. The computer generated dinosaurs that were brought to life made it clear the film industry was entering an era where limitations were disappearing. Another movie that made a huge impression on me was Toy Story. It showed that there was a world of possibility for storytelling using computer graphics and animation – literally the only limitiation is the creator’s imagination!

I’ve had the opportunity to work on many great projects over the course of my career, including X-Men 2, The Polar Express, Cloudy with a Chance of Meatballs, Alice in Wonderland, Oz the Great and Powerful and Edge of Tomorrow.

Legion has such a friendly and talented group of people that come together to accomplish amazing work. It really feels like a collective of artists, contributing from all over the world. And it’s the art that’s the focus.

Where are you based in the world? What do you like most about the location in which you live/work?

I have lived in Spokane, Washington for the last year and a half. After many years in southern California, I was ready for a change. Spokane was a good match for many of the things my family were looking for. It has beautiful surroundings, affordable housing, and good schools. I love the scenic beauty of the area with mountains, forests, and numerous lakes and rivers.

I have broad experiences with different simulation, animation, and rendering techniques. In effects animation you are often given a task that is not quite like anything you have done before, so there is problem solving aspect to it that I feel I am well suited to.

What are the challenges facing effects animators today, and how do you overcome them?

Effects animation is a constantly evolving discipline with new tools and techniques emerging fairly regularly, so it is important to stay current. This means keeping an eye on industry trends and making sure to experiment with new software features as they become available. Change is not always fun, but a willingness to learn new things makes the difference between staying relevant and getting left behind.

As VFX has transitioned into a worldwide industry there has been an unfortunate trend where many people have to uproot their lives or leave their families for months at a time to chase the work. For me working remotely is great as it allows me to live how and where I want. I’m able to spend with my family and pursue other interests.

I have four kids ranging from age three to 14, so we are in that stage of life where a lot of things tend to revolve around school, sports, and other activities with the kids. I love spending time outdoors doing things like hiking, backpacking or camping. It really recharges me to get outside and I tend to get antsy if I am cooped up for too long. A couple of recent outdoor experiences that I really enjoyed were backpacking through the Yosemite backcountry with my oldest daughter and spending a week with two of my brothers rafting down the Salmon River in Idaho. My wife and I enjoy watching movies after the kids have gone to bed. I tend to like stuff that is a little quirky – anything by Wes Anderson or the Coen brothers is usually high on my list!