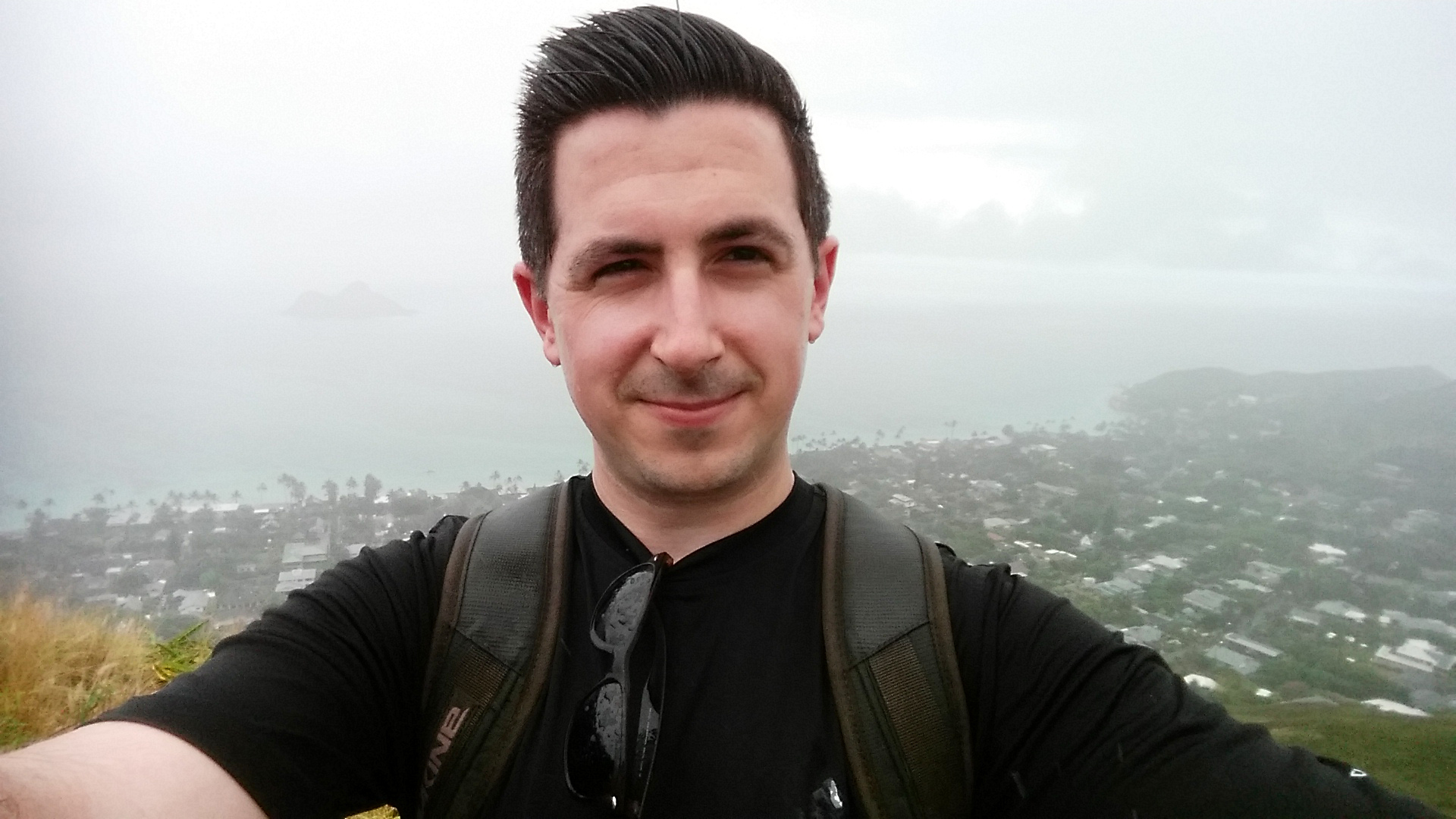 Introducing our corker of a compositor, Anthony Meschi. He talks about some of his favorite film projects, his foray into game development and how all of his hopes are pinned on the Houston Astros! Take it away, Anthony.

Hi Anthony! Where are you from? What's your background?

I've lived in California my whole life. I grew up in Fairfield and went to school at the Academy of Art University in San Francisco. I've always been into movies, video games and sports (especially baseball and football).

When did you first become aware that visual effects are a thing that exists?

A few films that brought visual effects to my attention were Terminator 2, Jurassic Park and The Matrix.

Can you talk about the start of your career and your favorite early projects?

My first professional gig was working on The Spiderwick Chronicles in 2008. I was a rotoscope artist and I only got the chance to work on a single shot but I'll never forget it. After that, I continued to do rotoscoping for several months in the Bay Area before moving to Southern California for a couple of years to do compositing and stereo conversion. I moved back up to the Bay Area when I got a job at Dreamworks in 2010 and I've remained in Northern California ever since.

One of my favorite early projects was Megamind. It was the first of many films I had the opportunity to work on at Dreamworks Animation and it was very exciting to be a part of such a large project. In my previous jobs, I was working on shots for just a sequence or two, this time around I was working on nearly every single sequence for the film. I was fortunate to meet a lot of great people there, as well as reconnect with several friends that I went to school with.

Another project that stood out to me was Pirates of the Caribbean: On Stranger Tides. It was a cool feeling working at ILM, especially when you take into account my obsession with Star Wars!

So, you were working at Dreamworks and with ILM, what drew you to working with VFX Legion?

I've lived in the Bay Area for about 12 years and absolutely loved it – the weather is great, the food is great, but the cost of living can be overwhelming. When my wife and I decided we wanted to have kids, we came to the conclusion that it was going to be extremely difficult to raise a family in that environment. So, last summer we made the move to Rancho Cordova (just a few minutes outside of Sacramento) which gave us some financial breathing room and allowed us to start our family comfortably.

The downside for us was that the majority of visual effects companies in California are concentrated in the LA area and the Bay Area. I haven't been able to locate any VFX companies nearby. My closest option would be commuting to San Francisco, which from my house would be around 2.5 hours each way. Hardly an ideal commute, especially considering our young son.

When I heard about VFX Legion and read about their remote model, the quality of the projects they work on and the people that make up the team, I was immediately interested.  Working remotely with Legion allows me to continue my career as a VFX artist and still spend time with my family.

What is your primary role at VFX Legion and what does that entail?

My primary role at Legion is a compositor. I combine several elements together to create one cohesive shot.

What would you say are some of your strongest skills that you bring to the Legion team?

I've been fortunate to work on a large variety of projects for companies both big and small. I've worked as a rotoscope artist, paint artist and compositor on live-action plates and CG, and I'm familiar with a large number of software packages. I hope that versatility can be an asset to the team.

Tell me about some of the projects you've worked on at Legion, anything stand out?

I'm relatively new to Legion so I've only worked on a couple projects so far.  My first assignment was working on the TV show Gone which was exciting because in the nine years I've been in VFX, I'd never worked on a TV show before.

So, Gone was your first experience doing VFX for a TV show. How did it compare to the other VFX work you've done?

The actual work was pretty much the same, it was just fun to be able to work on another type of project. Another form of media that I've never worked on is a music video, I’ve always thought that would be pretty cool.

Do you do any other work outside of Legion (feel free to self-promote here!)

I am really into video games, and a couple of years ago my friend and I decided to go into game development ourselves. We created a game called Lil Tanks from the ground up and released it on Steam this April. In addition to that, I also do freelance Photoshop work and some patent drafting.

What do you think 2018 holds for the VFX industry?

I'm not really sure to be honest, but I'd hope that more companies would embrace having artists work remotely.  There are a lot of talented artists that don't live close to VFX houses for one reason or another and it would be great to see more opportunities out there for them.

Who, or what, inspires you?

I'm inspired by the experiences I've had growing up as a viewer and player of movies and games.  My hope is that the projects I help create can provide those same great moments for others! I've been able to work on a lot of projects aimed at families and I can't wait to experience some of those with my son in the coming years.

Outside of work I enjoy comics, video games, skiing/snowboarding and following sports – especially baseball and football. When it comes to comics, I like collecting them almost as much as I do actually reading them. With games, I'm a fan of new and old, console and PC, it doesn't matter! I still get together with friends on a regular basis to play games. In that respect I hope I never grow up. I'm a huge Houston Astros fan too, so it was a great moment getting to see them win the World Series this year!

Thanks Anthony, and thank you for reading. Check back soon for another artist tête-à-tête, and why not take a look at this in the meantime.