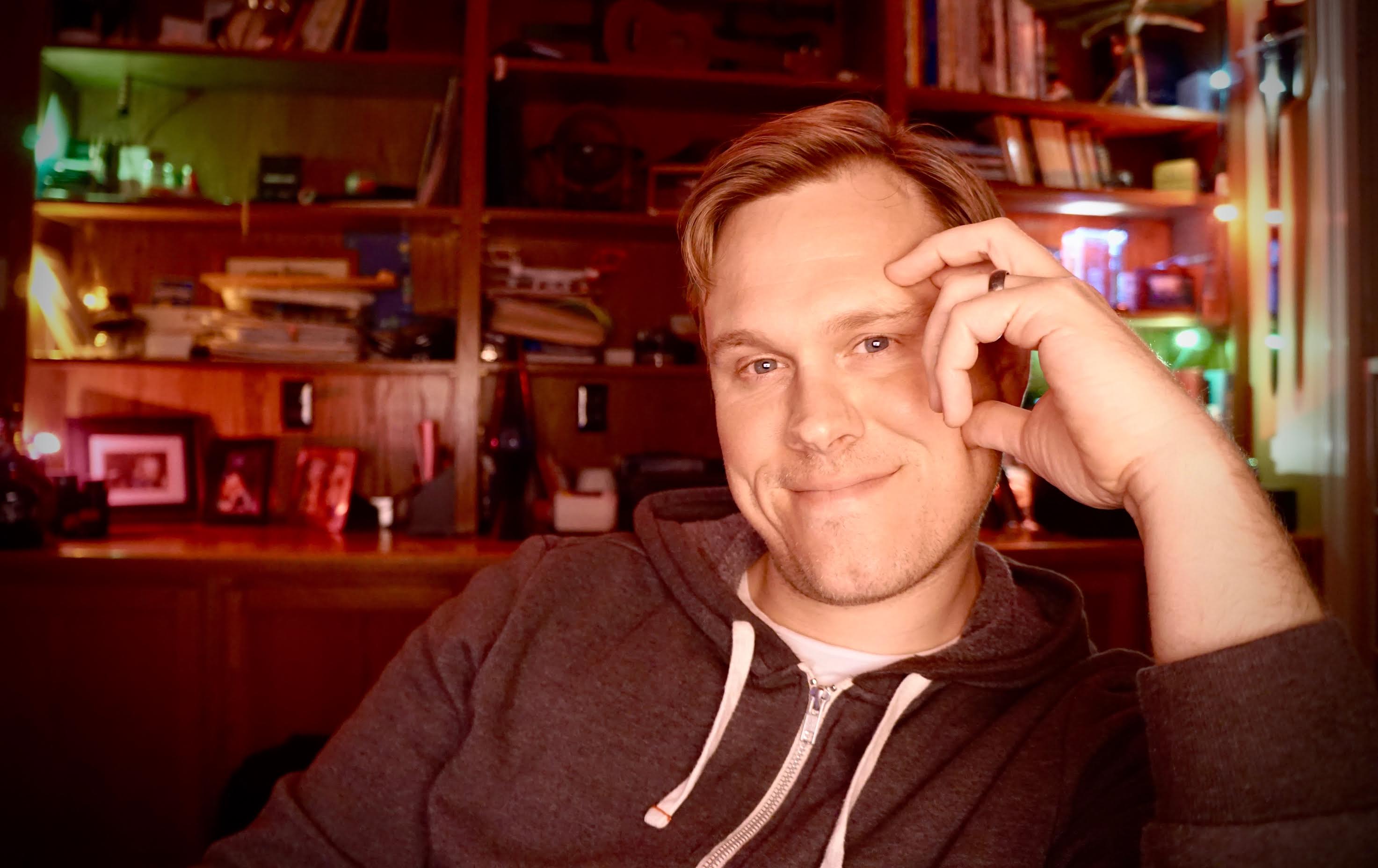 We are excited to share the journey of another one of our very talented artists! From Florida to California and back to his hometown in Northwestern Pennsylvania, H Hammond chats to us about his career through the VFX world, starting with his beginnings in computer animation.

My first name is H and that’s it. My parents wanted my initials to be HHH – they thought Haden would be a good middle name but couldn’t think of any others, so they just went with H. I grew up in Northwestern Pennsylvania and have always loved films. As a kid, I used the family camcorder more than my parents. I taught them all the ins and outs! It was originally purchased to capture memories on vacations and whatnot, but I ended up making it part of my production equipment. I regularly created movies with kids in my neighbourhood – or by myself. Whoever was willing to contribute, really.

I went to school at Full Sail University in Florida to earn a degree in computer animation before relocating to California to find a job. I didn’t have a position lined up, but I was committed. Each day I hand delivered my reel to VFX houses I’d seen in film credits. I then went online, I sent out emails with a resume attached to each company. Starting with the As and determined to get to the Zs. I got to the Ds and an A called me back because he liked my portfolio. I was hired by a producer at a small production company to make some websites for his business. Later, I discovered there was a visual effects company above his office – a very young Luma Pictures. I kept in touch with them over the following weeks and bugged them until they gave me a job. They told me to show up Tuesday and I came in Monday. I was so excited! I ended up working at Luma for more than 11 years.

Which films and television really got you interested in the industry?

As a kid my career aspirations constantly shifted. I wanted to be everything from a fireman to a toy designer and a cartoonist. But it was the summer of 1993 that changed my career destination. I was thirteen and at a theater to watch a blockbuster film. I had no idea what it was going to be about; it had something to do with dinosaurs so it sounded good to me. Jurassic Park had me hooked, and inspired me to be where I am now. It inspired us to believe dinosaurs looked the way they are portrayed today. It inspired us to believe what a velociraptor sounded like – accurate or not, it felt real. When I found out how they did it and that the dinosaurs were computer generated, I knew that’s what I wanted to do.

The Marvel movies were a lot of fun and contained a lot of creative eye candy to develop. Thor and Guardians of the Galaxy were a couple creative favorites, but when I saw my name in the credits for The Avengers, that was it: I knew I had made it. It was such a fun movie! My face is actually hidden in the film at one point (approved by Marvel of course). X-Men: First Class and Harry Potter and the Half Blood Prince were a lot of fun as well. Before that I worked on some critically acclaimed movies such as Crash, No Country for Old Men and True Grit.

What drew you towards working with the VFX Legion?

The biggest draw was working from home. I wasn’t in LA anymore, as I moved back to the east coast from California. A friend I used to work with at Luma pointed me in James’ direction saying he had a company that allowed artists to work from home. I emailed him straight away. My experiences with Legion have been great. They’re really good at communicating and are always on the artist’s side. They want you to succeed at what you’ve been assigned and are really efficient at providing anything necessary to get the job done. They do a great job at keeping in touch too. They really make the artists feel like a part of a team, wherever they are in the world.

We live in Pennsylvania, about 30 miles north of Pittsburgh.

That’s an easy one: being able to step out of my office to play with my kids at any point during the day. It’s honestly a dream come true. I love it almost as much as being able to work in my pajamas whenever I want.

What do you like most about the location in which you live/work?

The cost of living is much lower than LA, which is great. However, the main reasons we moved to Pennsylvania was to be closer to our extended family and for the great public school system available for our kids. We are able to have a great big yard here, which I’m able to walk through to the back of and into the woods. That would have been impossible in LA unless I was a millionaire. It’s very outdoorsy too. I do miss the beach, but it’s not uncommon to see all kinds of colorful birds, deer, and little bunnies cross through the backyard. It’s quite nice.

Which projects have you been most proud to work on at VFX Legion, and why?

Jem and the Holograms had a nice hologram sequence that was quite touching. When I watched the edit after it was assigned to me, I was surprised at how much it tugged at the ol’ heartstrings. It was nice to work on a sequence that I knew would move the audience, especially after all the blood, guts, creepy ghost kids and murders I had been looking at. A good horror film is always fun, but this hologram sequence didn’t give me any nightmares – so that was nice. Speaking of blood and guts, though, it was cool to work on Hardcore Henry as well. I always thought a POV film would be great, and I had the opportunity to work on the first of its kind.

What projects have been particularly challenging or exciting?

The hologram in Jem and the Holograms was a cool challenge. I was handed a good start for the look from other artists that had created the effect for a temporary, earlier version of the film. Finalising the look and making it consistent across all 40 of the shots was a fun challenge. I had to dial in exactly how much glitching and color it would have and how transparent it would be. As far as exciting, my wife, mom, and sister in-law were all pretty excited to hear I got assigned a few shots on Scandal and The Catch!

What are the challenges facing compositors today, and how do you overcome them?

Mustering up the motivation to get a new shot or project started is always really tough. I find the best way to combat this inner voice is to refrain from letting it speak to you in the first place. Another challenge will always be finding work. As long as you’re not afraid to take on new challenges you can find a way to make it happen. In this industry I’ve found it helps a ton to have a “Heck yes I can do that!” kind of attitude.

I’m very glad the option exists and that I’m able to take part in it: it’s great that we live in a day and age where it’s not uncommon to transfer huge files across the internet. It’s thanks to this kind of technological innovation that the VFX industry can hire the best artists no matter where they are in the world. On a more personal level, I can save the time, cost and hassle of making a commute to work. My commute is downstairs, which is fantastic. Of course, being in my jammies all day can be quite a nice perk as well.

What are your hobbies/passions outside of work? I love music. Listening to it, making it, and collecting it. Spending time with my family is my main passion for sure. Nothing makes me feel more warm and fuzzy than having my kids yell “Daddy!” with a smile on their little faces as they run to me. Thanks to Legion I’m able to get that by simply stepping outside my office door. That’s some warm soul butter right there.